What are the sperm preparation techniques for IVF?

In general, these methods select well-motile sperm, which are more likely to be functional and genetically sound (but this is not necessarily the rule).

How is the technique of processing sperm and fertilizing eggs decided?

We know from our long-term results that sperm with fragmented DNA occur almost as often in men with normal semen analysis values as in those with pathological values of a semen analysis. In addition to the basic semen analysis, it is equally important to examine the integrity of sperm DNA and, based on the overall results, decide on a specific method of fertilization (classical fertilization “in a test tube”, ICSI, PICSI).

The actual fertilization of the egg may be preceded by another selection of sperm – MACS (magnetic sorting of sperm according to their actual viability) and / or PICSI (selection of well-mature sperm with the ability to bind to the egg). In indicated cases we combine MACS and PICSI techniques.

MACS (magnetically activated cell sorting) is a non-invasive technique of selecting sperm based on their functional state. Allows you to adjust a sperm sample to increase the chances of successful fertilization with any assisted reproduction method. In MACS, sperm with damaged DNA are captured and removed. Sperm that pass this selection have better properties than the original sample.

Damaged sperm with excessively fragmented DNA naturally initiate the process of cell death. In the early stages of cell death, which may not otherwise be recognizable, cells expose on their surface a substance phosphatidylserine, which is normally only inside the cell. The MACS system contains magnetic nanoparticles that bind to this substance. Using a magnetic field, it is possible to capture such sperm and remove them from the sample. They can then be used for any method of assisted reproduction. The chances of fertilization with these sperm are higher. 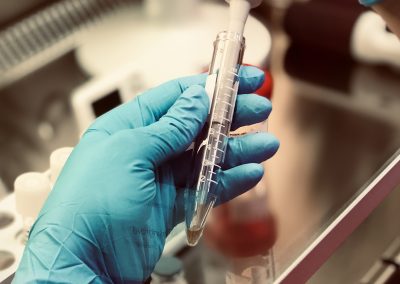 The purified sperm sample is mixed with a special solution containing magnetic nanoparticles that have the ability to bind to damaged sperm. 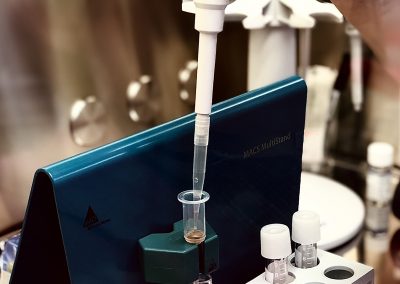 The mixture of sperm and nanoparticles is applied to a magnetic separation column, which captures the damaged sperm with bound particles inside. 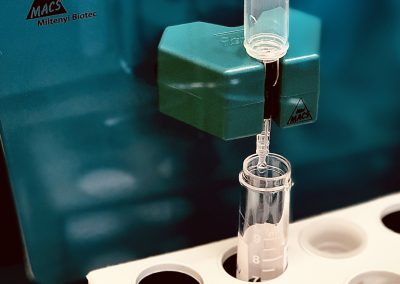 Quality sperm that pass through the column without being affected are captured in a new test tube. 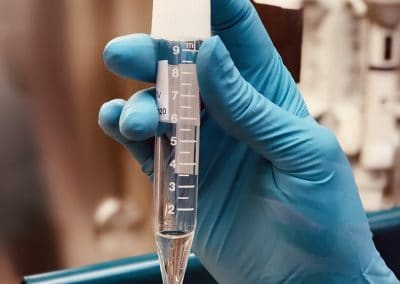 The obtained sperm are further processed according to the method for which they are to be used (eg ICSI, PICSI, IUI)

You can also read the related information at the following links

The sanatorium-helios.com website uses cookies for its activities. A cookie is a short text file that the visited website sends to the browser. Cookies are used for a number of purposes, such as tracking the movement and behaviour of visitors on the site, or storing data for advertising systems.

Standard web browsers (Internet Explorer, Mozilla Firefox, Google Chrome, etc.) support the management of cookies. Within the browser settings, you can manually delete, block or completely disable the use of individual cookies, or you can block or enable them only for individual websites. Please use your browser's help for more detailed information.

By enabling cookies in your browser settings, you agree to the use of cookies on our website.
Necessary Always Enabled
Strictly necessary cookies are essential for the proper functioning of the website. These cookies ensure the basic functions and security features of the website, anonymously.
Functional
Functional cookies help perform certain functions such as sharing website content on social media platforms, collecting feedback and other third-party features.
Performance
Performance cookies are used to understand and analyse key performance indicators of websites to help provide a better user experience for visitors.
Analytical
Analytical cookies are used to understand how visitors interact with the website. These cookies help provide information on visitor metrics, bounce rates, traffic source, etc.
Advertising
Advertising cookies are used to deliver relevant ads and marketing campaigns to visitors. These cookies track visitors across the website and collect information to deliver tailored advertisements.
Other
Other uncategorized cookies are those that are being analysed and have not yet been categorised.
SAVE & ACCEPT